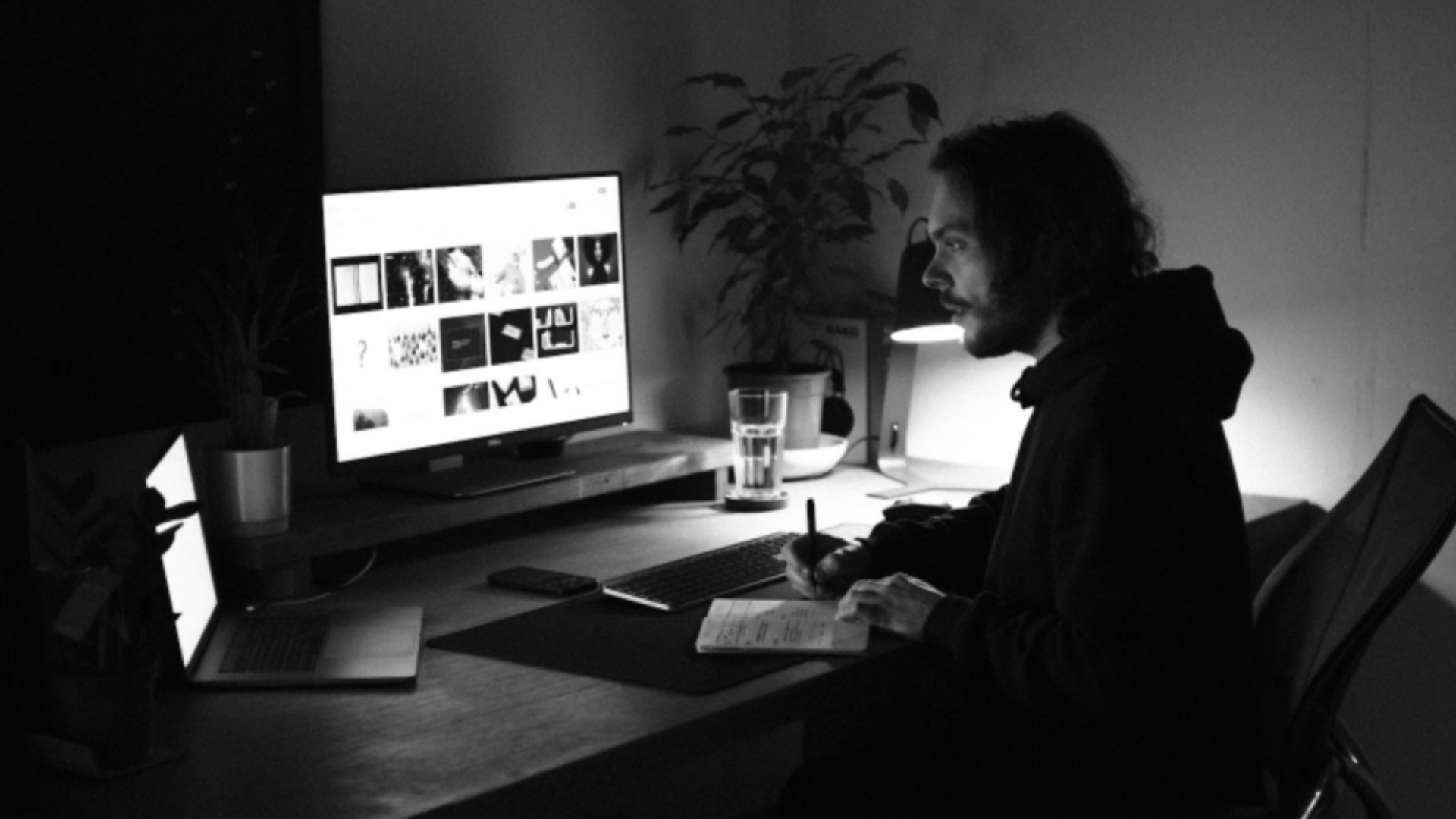 Ben Farr is a photographer, a Creative Director, a concept creator, and an all-or-nothing kind of human. He is the founder of Ifsobczwhy, a creative studio based at Spode Works in Stoke.

A simple question, 'what do you do?' was met with initial silence before a sigh of discontentment. Ben is a concept creator at heart, a creative director and a photographer, but don't you dare call him the latter unless you have thirty minutes to spare. Frustrations with the industry and self-given titles are the things on Ben's mind when we chat about what he does, as well as the fact that no one ever answers the question properly anyway.

"You asked what I do, and I create concepts. But people always reply with what their job title is, often self-proclaimed, and that isn't how you answer that question. Your job title isn't what you do." 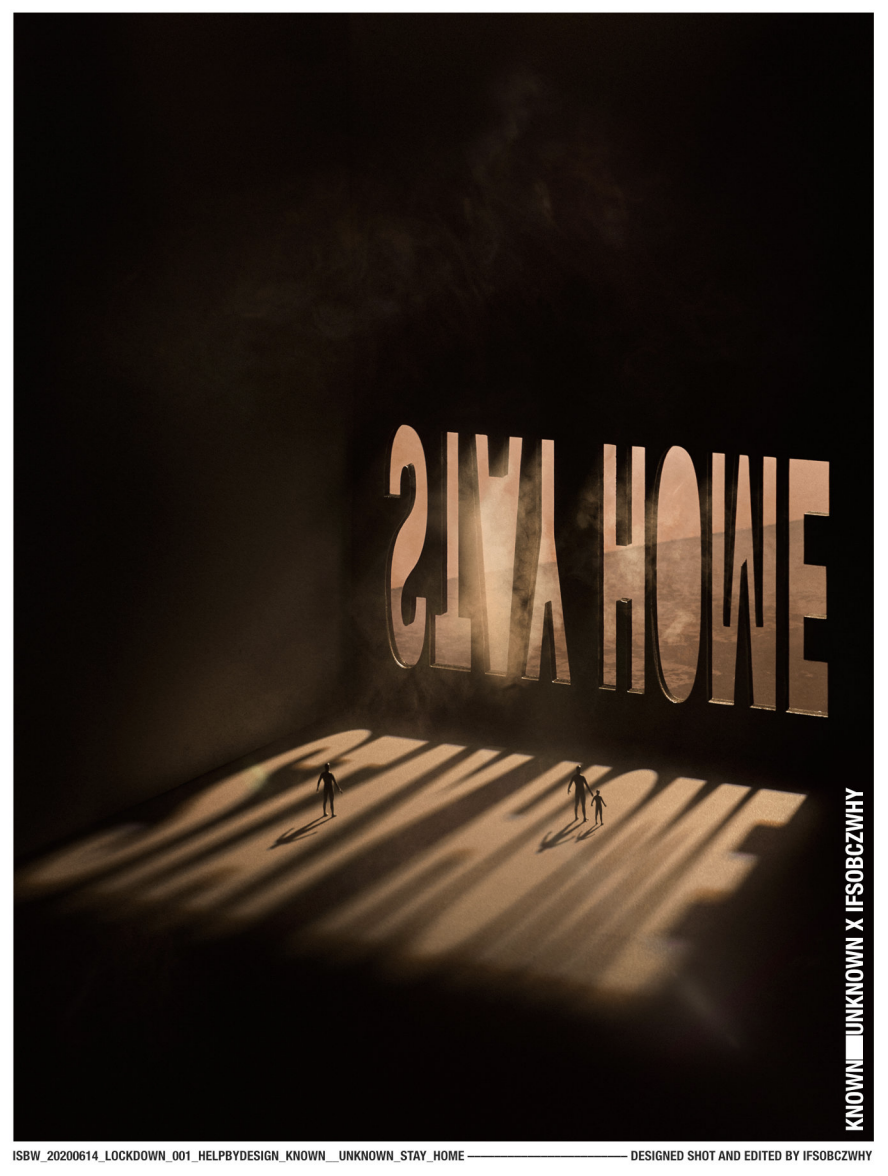 He has a point.

An issue with the word 'photographer' stems from an annoyance that the industry is too easy to access, that a title can be shared between a graduate and the likes of Annie Leibovitz, that there is no differentiation to account for the experience and work that has been put into the industry, the learning and the graft, that goes unnoticed to the untrained eye.

With an impressive portfolio and CV behind him that you can start to get a glimpse into after two cups of coffee, the start of his career sounds a lot like a whirlwind romance. From quitting his job in insurance for a three-week unpaid photography placement, he then landed in Amsterdam, and the last nine years is, well, history. Four years ago, he founded creative studio Ifsobczwhy in his hometown of Stoke on Trent.

"I am all in or all out; I struggle to be anything other than that."

As for the all-or-nothing part, Ben believes that if something is worth doing, it is worth doing well. This means he has little time or attention for half-hatched plans and surface-level ideas, something that has been a huge benefit and a hindrance all the same.

So, where does someone who is so all-in or all-out find their inspiration and influences? Not in the places you would expect, it turns out.Engineering and tolerances are two things that have had a huge impact on his business and his work. From learning about those things at a young age from his dad's engineering background to seeing how things like hardpoints and rules can be applied to a creative studio, it's not the linear way of thinking, but it works for him.

As for his favourite tool? An old school tin opener for its utilitarian design and its ability to do one job and to do it well.

As we chat, there is a poster pinned to the wall of his studio, an old diagram of fixtures and fittings. It details roughly 200 types of fittings, each with a specific purpose. A nod to his thought process and to his dad's background too.

There's a theme coming out here, and it is something he applies to his client work as well.

But being all or nothing can come at a cost, and this way of thinking can be exhausting and prevent him from doing certain things if he can't fully immerse himself in them. 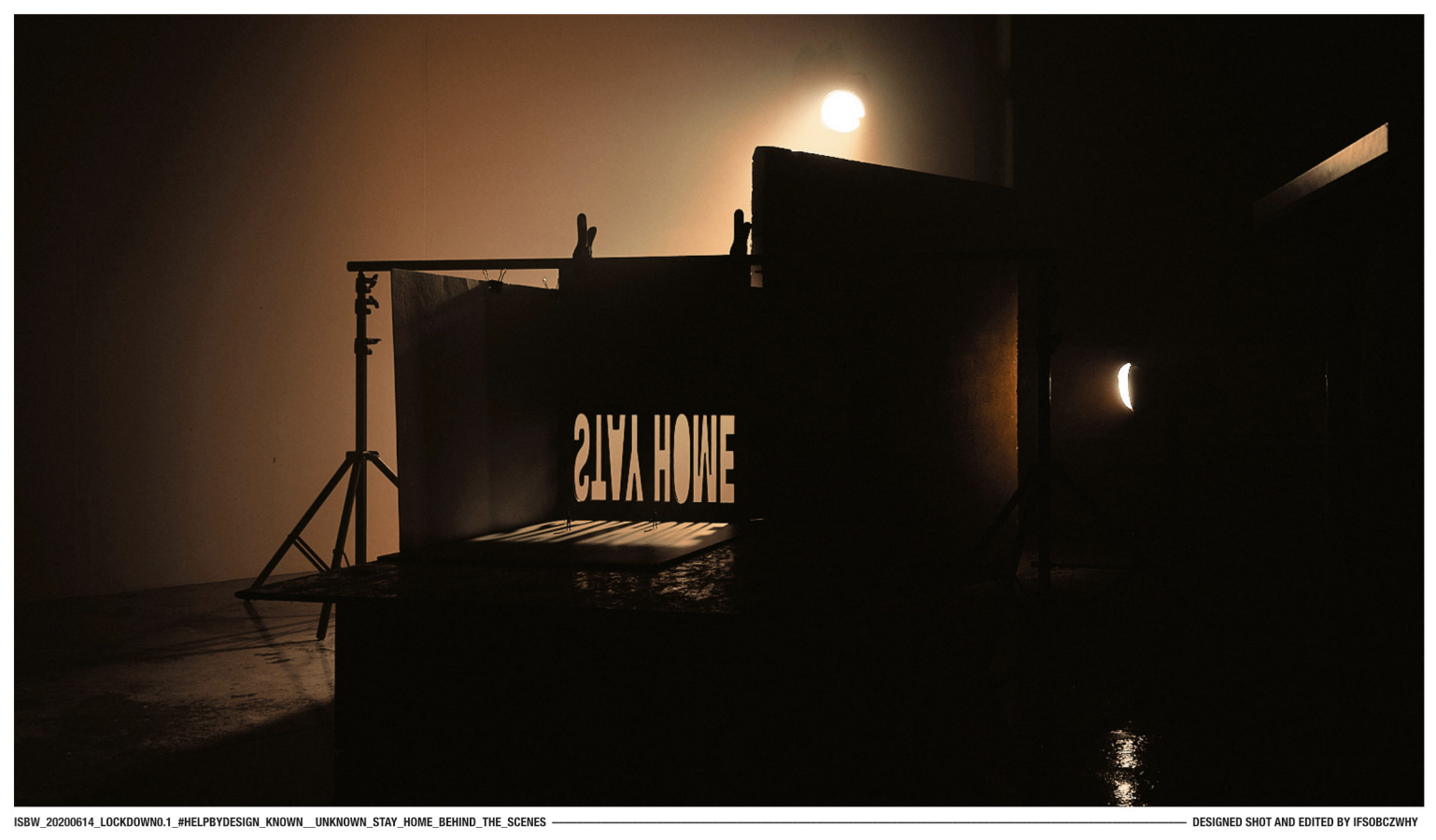 "I tried to go rock climbing, and I can't just go - I am all in or out. If I am going, I have to get the shoes, go religiously, and make it a thing. I can't dip in and out of things; it's just not me."

‍Rock climbing aside, there is one thing that he has managed to get into over the past few months; fly fishing. A chance for him to get out of his head and out of the studio, fly fishing is his meditation of choice.

The conversation turned to social media and a subreddit he saw a while back. `We chop down bird's houses to build birds houses.' A comment that made him ponder not only the selfishness of humans but also the very notion that we think we have the right, the autonomy, and the desire to act in that way, which he compared to social media and the personas we create online.

‍"There's nothing wrong with being humble", he sighed part way through our chat before stating that we have our priorities wrong and that there is so much entitlement in the world. Thinking we can cut down trees to build birdhouses and then attach them to another tree, taking to social media to air our thoughts and feelings, with influencers crying on their channels to their followers, is a displacement of priorities and a warped reality that we have found ourselves living in.

Working through one pet peeve at a time, Ben has enough ammunition for a podcast series or three. From number plates that state the model of the car (a T5 Transporter as an example) to things like the abundance of self-help books on display and for sale that are merely thoughts and opinions, not studies and solutions. For reference, his favourite book is 'Captain Underpants and the Attack of the Talking Toilets', which he notes as the last book that he read from cover to cover.

While putting the world to rights, there were a couple more things that stood out in our conversation. One being that the creative industry is too accessible; which is both a blessing and curse. The former because it gives people a foot in the door and a chance to get into an industry which was previously expensive and exhausting to get into, and the latter for pretty much the same reasons. Photography was an industry that saw a certain amount of struggle, self-learning and graft to get anywhere, and anywhere was usually an unpaid position to begin with. Whereas now, juniors and students are shiny eyed with expensive cameras on finance and a £4.99 Adobe Photoshop plan.

An enigma on the internet, Ben is hard to find, and apart from a company Instagram page that is peppered with posts, his life is hard to unpick and his hobbies hard to guess. But, from sitting down with him, it is clear that this is intentional: to go against the openness of society that social media has created and keep those parts of his life to himself.

Ben has been a Pro member of 3point175 for a year - since its inception - and shared the benefit of having an unbiased view and unbiased eyes look at your business.‍‍

"As someone who has poured their heart and soul into something for four years, it is good to get a view that isn't your own."

As for where he is heading next? For a nap.

You can find Ben via Ifsobczwhy and connect with him on LinkedIn, which is the only social platform you'll find him on - unless you come across a Tumblr page from the mid-noughties..‍‍ 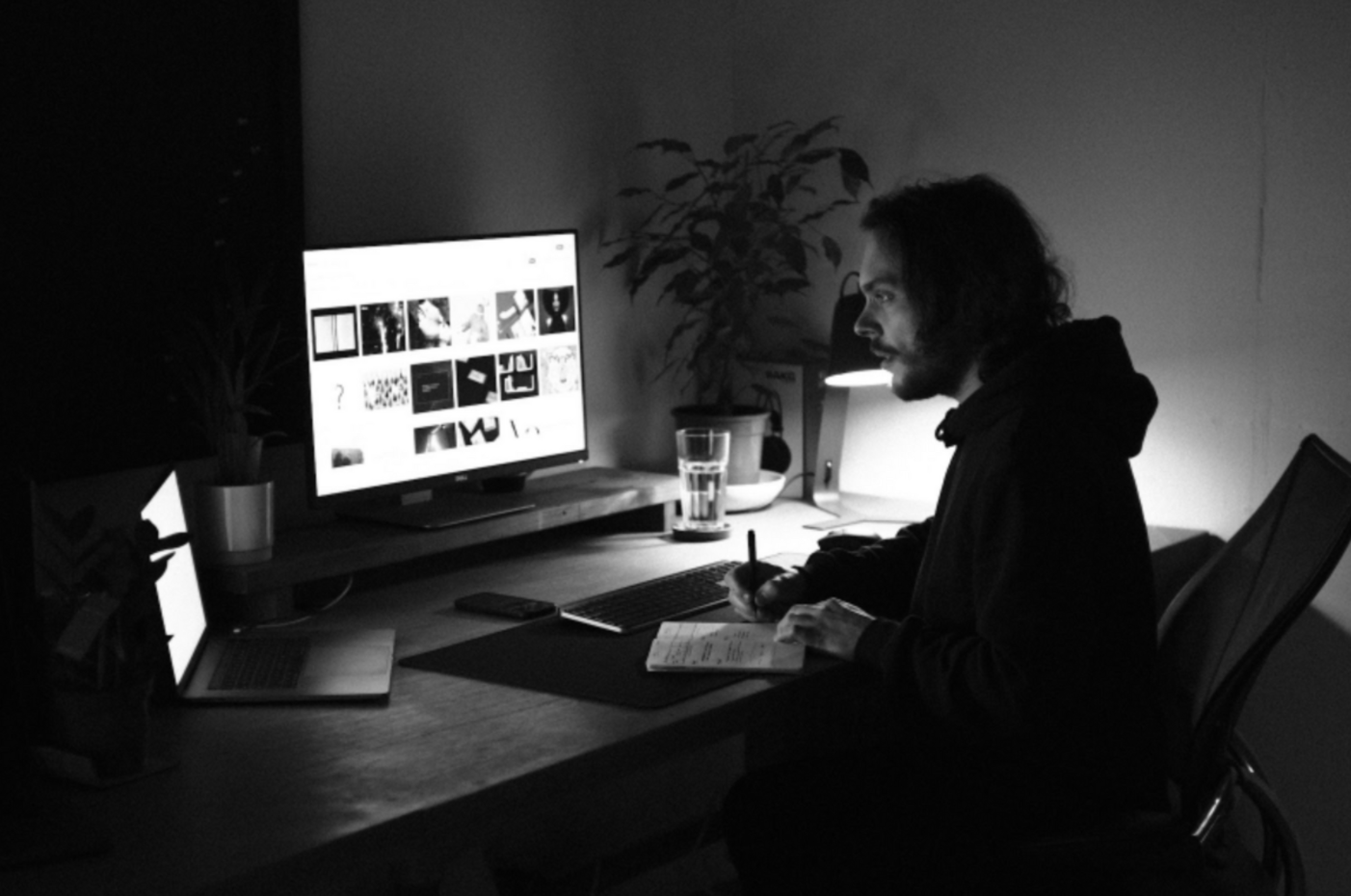 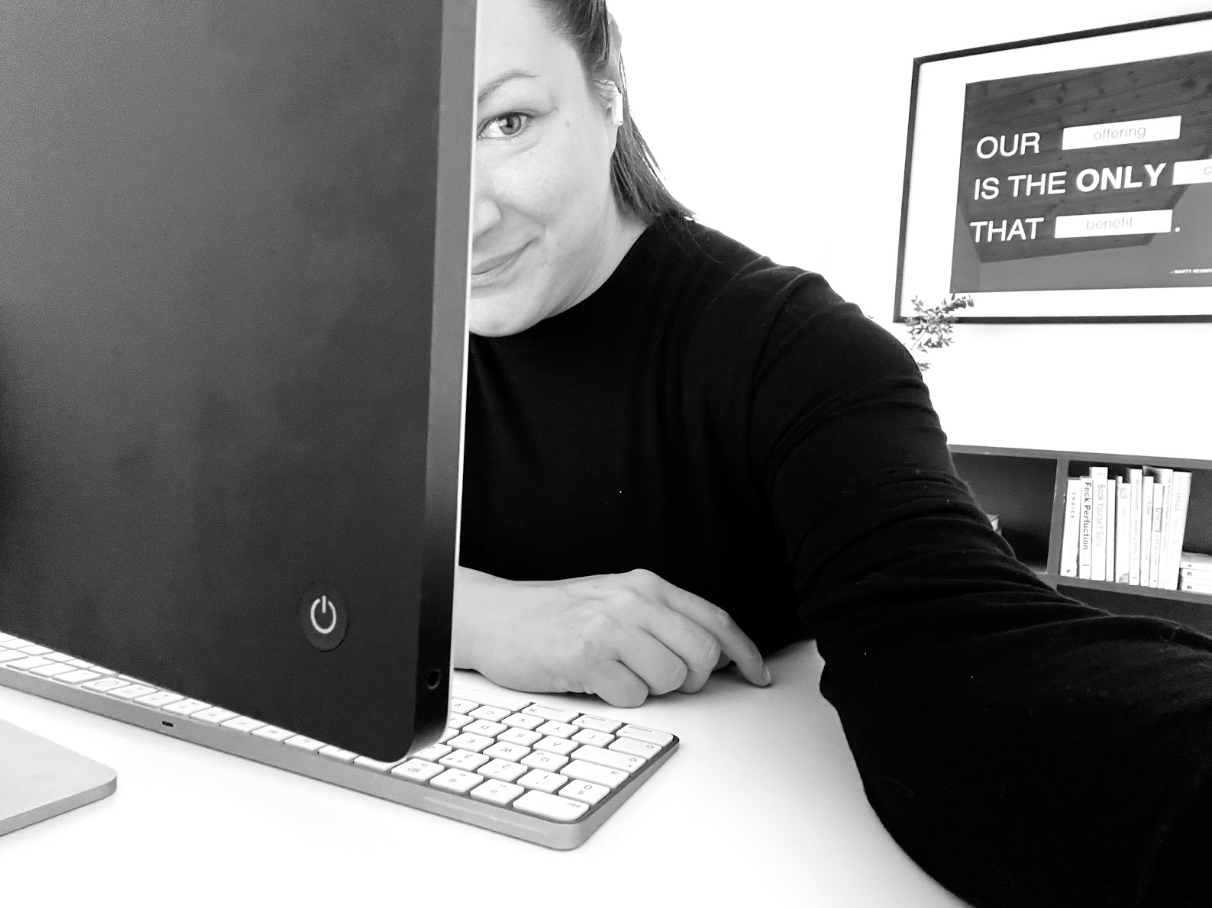 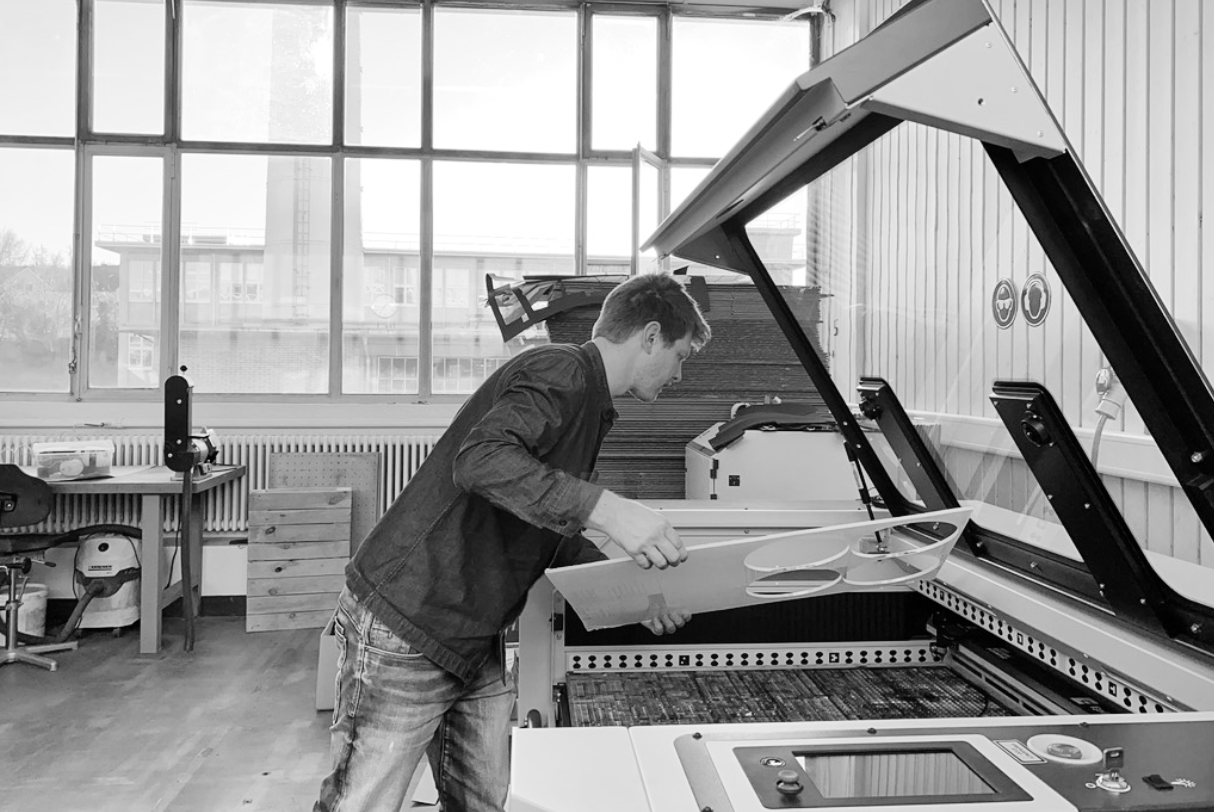